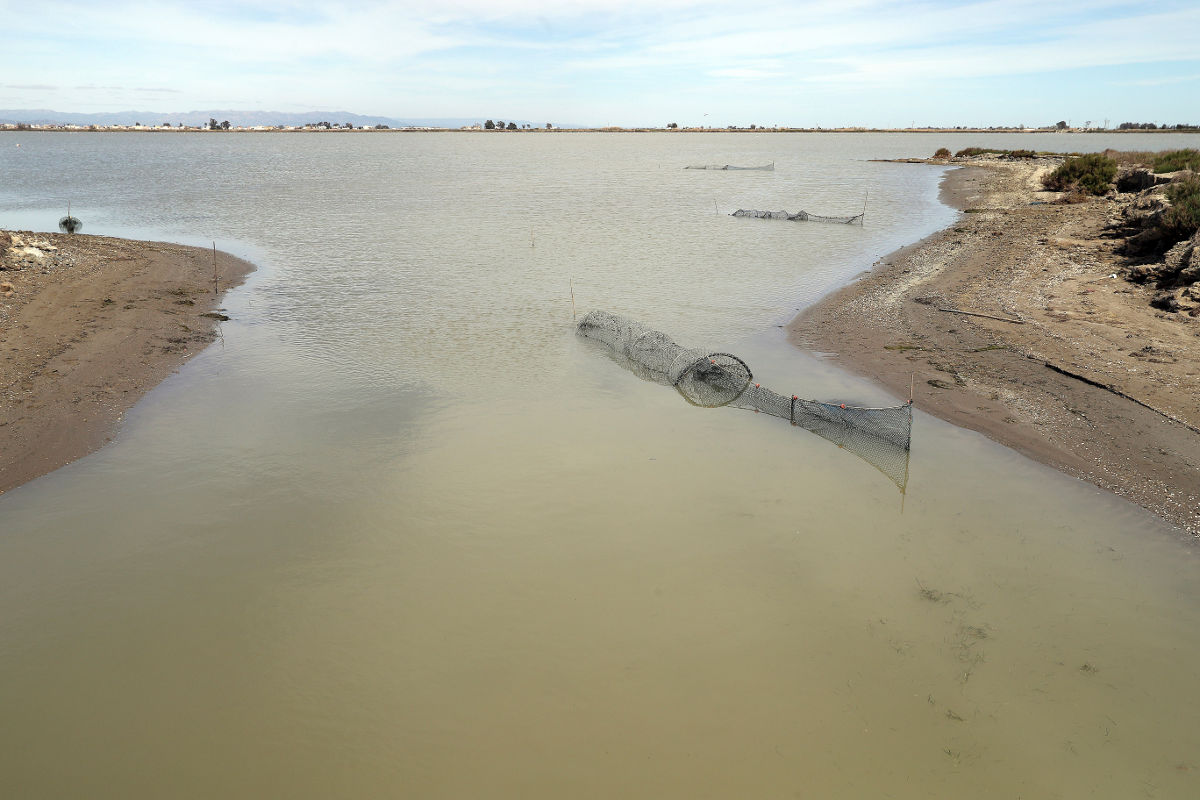 Ebro Delta, the perfect frame for the invasive skein

Rivers, canals, marshes, peat bogs, arms of the sea, lagoons and ponds make up the network of aquatic ecosystems that coexist in the Ebro Delta, a network of interconnected networks that are difficult to control, the perfect framework for the complex skein of invasive alien species (IAS).

The waters of this small area of barely 32,000 hectares – one of the most important wetlands in the Mediterranean, a natural park since 1983, a Ramsar wetland, a Special Protection Area for Birds and a Site of Community Importance in the Natura 2000 network – are home to more than 200 invasive alien species.

And the fact that it has been subjected to continuous structural processes and anthropogenic transformations has helped to make this set of aquatic and terrestrial systems a coming and going of opportunistic species willing to dominate the habitat.

“The aquatic system itself is a source of expansion,” he explains to Efe Natividad Franch of the Ebro Delta Natural Park’s Protection and Research Area, but also “this is a territory that brings together many economic sectors, which favours the import of invasive species.

For this reason, the institution he works for is in charge of conserving the protected areas of the Delta and does so “in a sustainable manner and compatible with all the economic development activities that take place there”, he has qualified.

In Natividad Franch’s opinion, “prevention is the main weapon” for fighting invasive alien species (IAS), because “in their initial phase it is easier to eradicate and control them, and the costs are much lower.

Quim Pou works together with technicians from the Ebro Delta Natural Park in monitoring and sampling of IES by placing pots in the irrigation channels, a “simple and cheap system that, however, provides a lot of information” about the evolution of different species in this type of wetlands.

“With little effort we can have very valuable information to understand the process of introduction of these species,” says the biologist, “if it is not with prevention we can not overcome, but at least we will know how to manage a problem that we will always have and minimize its effects.

Natividad and the technicians of the Natural Park carry out daily sampling in the ecosystems of the Delta, where the invaders have become the real executioner of native species and in critical danger of extinction.

One example is the gambusia, a small invasive fish that proliferates in the rice fields and has already displaced from practically all its habitats the samaruc (Valencia hispanica), an endemic and highly threatened fish, and is putting pressure on the fartet (Aphanius iberus), “which must take refuge in areas of higher salinity where the gambusia cannot thrive”.

An alien species becomes invasive when its presence disturbs the natural balance of an ecosystem, damages biodiversity or impairs economic activities or social welfare.

That is why in the Ebro Delta, farmers, fish farmers and fishermen keep a close eye on these species; “the introduction of the apple snail has had serious impacts on rice cultivation and now the blue crab threatens mussel aquaculture and fish farms,” says Natividad Franch.

And in the face of this situation, they are defending themselves; “they are trying to salinize the places where there are apple snail reservoirs or change the cultivation methodology, like planting dry rice to save the shoots.

In the case of the American crab, an old acquaintance of the Delta that caused serious damage to amphibians and fish in its larval stage and to crops, its expansion was controlled and the farmers “adapted to it”.

And so, an endless number of IEs make up the list in the surroundings of the Ebro Delta, where the river itself is home to the same number of native and exotic fish.

Josep Maria Queral, a technician from the Natural Park, is the skipper of a boat on which the exotic species are sampled by means of scientific electric fishing and their effect on the native species.

The discharge of electrical impulses into the water stuns the fish for a few seconds; “it is a management weapon to know if it is necessary to repopulate certain areas, to take some concrete action on an invasive one and as a census of our own fish”.

In the last 20 years, the presence of ERA has shot up in the waters of the Ebro; “there are more species and more problems, surely because of the transformation of the environment, which has facilitated their dispersion and proliferation”, he pointed out.

About LIFE17 GIE/ES/000515 Life Invasaqua of the EU “Invasive alien species in freshwater and estuarine systems: awareness and prevention in the Iberian Peninsula”

Co-financed by the EU within the framework of the Life initiative and coordinated by the University of Murcia, LIFE INVASAQUA aims to contribute to the reduction of the harmful impacts of INVASIVE ALIEN SPECIES (IES) on biodiversity by raising public awareness, increasing training in the sectors involved and creating tools for an efficient early warning and rapid response system (EWRR) to manage their impact on freshwater and estuary ecosystems.